CONNECTING THE DOTS WITH THE RESPECT PRINCIPLE

Transforming respect from a discretionary value to a global principle.

“The bad news: We all face powerful mental blocks that stop us when we’re trying to achieve our goals. The good news: We can outwit them. Here’s how, according to cognitive psychologist Amanda Crowell.”

by Daniella Balaerzo for Ideas.TED.Com

She hit the mark with her insights. On one hand, I am heart-driven to “transform respect from a discretionary value to a global principle,” but what a daunting experience it is proving to be. I even hear myself say to others, that if it was up to me, I would just take a job and write on the side like many writers do.

But, as well as feeling it is my calling, the idea that so many people are suffering because they are not valued/respected that I can do something about it keeps me pushing forward with the global initiative, Connecting The Dots With The Respect Principle, consoling myself that when it is accomplished, then I will be free to write for the fun of it.

Other potential renters include writers, entrepreneurs, and people saving money for their own home, like me!

Though I am not renting a room from a senior, but from another writer, who also prefers a quiet home yet needs help too, has provided me with the quiet environment I needed to heal, restore, focus, study, research, write, and establish a social business venture for the global initiative to transform respect from a discretionary value to a global principle.

It’s all about being respectful, flexible, and adaptable, plus finding the right fit, which sometimes just shows up as mine did.

Connecting The Dots With The Respect Principle 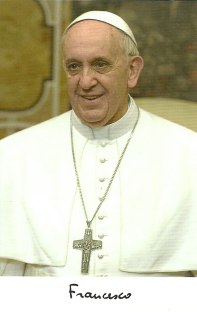 Please note that is no longer my home address.

CONNECTING THE DOTS WITH THE RESPECT PRINCIPLE

In a culture supposedly still dominated by more divorces than marriage, will you still take the vows?

Maybe the divorce rates are falling because people who marry for the second or even third time have grown wiser from the experience. Gone may be the naivety that just feeling emotionally attached and/or physically attracted, even when combined are not enough.

Marriage counselor and author, Gary Chapman, of The Five Languages of Love fame presents the case that a person who ideally spends the time alone to really get to discover one’s self, likes and dislikes, short and long-term goals, lifestyle preferences, etc. is the person who will not only fall in love, but will also attract a person who has done the same. Of course, he suggests the ideal time to do all this is when we are in our twenties.

But for many of us, for societal, family, and other reasons, many of us dove into marriage ignorant of the realities, instead caught up in the fairy tale promise.

I was one of those.

I did not take the time to discover myself as a young woman because by age fifteen I was severely impaired by a series of traumatic events that I was not emotionally equipped to handle in a healthy way. I falsely believed those problems could … would be resolved by someone else.

So much for my ignorance.

On the verge of turning sixteen, naive hope arrived in the package of a handsome, charming man three years my senior.

We met Christmas Eve as a girlfriend and I  were making our way to a friend’s house by walking the main street of our small town to attend her Christmas party. Dressed inappropriately for the falling snow, we quickly accepted a ride from two handsome fellows, one of which my friend had previously met.

A quick stop to tell our hostess we would be spending the night with our new acquaintances instead, my night ended with an invitation to join the handsome, charming driver for his family Christmas dinner the next day.

The ride home Christmas night resulted in his asking me to marry him. He later told me it was because I was the first girl to say no to his sexual advances during our first “date.”

After a whirlwind of dancing New Year’s Eve, I replied, “Yes.” On my birthday in early January, rather than skipping school, I went to school to formally drop out. Less than a month later, on February 5th, we married.

Still reeling from the feeling of being accepted and wanted, all was supposed to magically work out well. But we did not know each other. We did not know even really know ourselves. And when our violent backgrounds came together, our ending was inevitable.

Separated by seventeen and re-marrying at twenty-one, my next husband’s mother asked her son, “What’s wrong with her?” I was offended at the time, but she was right. In retrospect I realize how broken I was by then and certainly not willing to admit it even if I had been aware. Defensive, scared, and loaded with rational and irrational fears, the only way I could see being safe was becoming what people wanted me to be.

But trying to become someone I wasn’t and to be happy about it caused even more problems and not just for me.

My second husband, I naively judged, was opposite to my first husband. Not very physical or physically intimidating, nor very loud or outgoing, I was not afraid of him. Plus, he treated me better than I had ever been treated. He was kind and thoughtful in many ways.

Wanting the normal, stable life of an office worker, with the routines of a home, cottage, and the ordinary life, my notions of wanting to sell the house to get out of debt, rent an apartment while I sorted out who I really was and what I really wanted to do with my life, did not go over very well with husband number two. When I had done what was expected of a normal person, all was well between us. But when I became restless, trying new things, searching for and discovering parts of me, talents and dreams previously not acknowledged or encouraged, the supposed ideal marriage broke.

Of course, a little help by someone I met at a seasonal job snapped the bonds between us.

Knowing more about myself by this time, wanting to be a writer, artist, and do something significant to help people, this new person in my life treated the whole me as someone cool and exciting. Though we never had a physical affair, I now recognize we did have an emotional one for the over three years we worked and spent personal time together.

A bit unconventional himself, but finding his own way of meeting other people’s and his new expectations of himself, I thought he was pretty cool too.

But, I was emotionally wrecked by the rejection of people who had been in my life and who were not supportive of my new aspirations, my leaving my second husband, being in love with someone else, and overall, no longer satisfying their needs and wants.

Turned out, my second husband was more like my first husband than I had recognized.

Not that he was violent, but that he too was a charmer, albeit a quiet one. Months later he moved into the city and his new girlfriend, who later became his second wife and mother of his child, informed me one day when I stopped in to see his new place that I was to never come back or contact him again.

Did I mention she had been my friend? Someone I hired. Someone, who with her husband, had shared many meals at each other homes. Someone whose husband left her. Someone who found solace in my now second ex-husband’s arms.

The fellow I fell in love with, even became obsessed with told me, “You are going to love being alone.” At the time, I had no idea what he was talking about, but then again, I didn’t want to be alone because I wanted to be with him.

And sadly, because I hadn’t spent that time alone, healed and grownup, I pushed him as far away as possible … right into the arms of another woman.

He was right. I have learned to love being alone. I know me, quirks, weaknesses, strengths, and all. I am also still around a lot of people who still want more normal than I have to give and still be me. I have discovered I need to create, to challenge the norms, to help others do the same, yet to respect those who choose the norms for whatever reasons. And I have spent a lot of time learning what healthy, functional, loving relationships are like, plus what they take to be the safe place they are meant to be for each person in the marriage.

Will I marry again someday? Hopefully because now I have so much more to bring to a marriage and so much unconditional love to finally give.

Definitely takes courage and much more when your personality type falls within 3-5% of the American population. That information helped me put the pieces of me back together again, though as with putting any puzzle together, I tried to fit into a few places I didn’t belong, even tried to force myself to fit, but that hurts the piece trying to fit and the others around the incorrect piece. Also takes time, patience, and persistence, but at least now I know I am on the right path. Thing is too, when you are starting over, there is only place to go … up!

Good luck to you. Hope this shared post lightens your heart too.

Connecting The Dots With The Respect Principle

Follow CONNECTING THE DOTS WITH THE RESPECT PRINCIPLE on WordPress.com